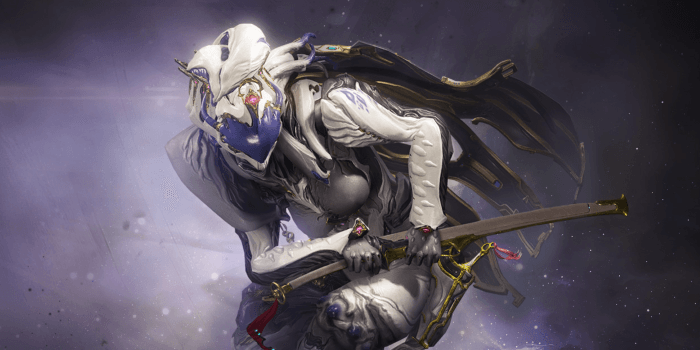 It is with great excitement I come to you today with this Dev Workshop covering Saryn’s 2018 rework. The first section of this Workshop will cover the intent of these changes, while the second will provide a more detailed look into the ability changes themselves.

Please keep in mind that everything you read in this Dev Workshop is subject to change from the posting time right up to the day/time it launches and beyond.

We also understand that providing feedback on something you haven’t had a chance to play or experiment with can prove to be a bit difficult. We do appreciate and welcome constructive feedback and suggestions with the information provided below! However, if you’d like to see Saryn’s changes in action, we will be livestreaming a special Prime Time pre-show with Rebecca, Pablo, and more this Thursday, May 10th at 6:30 p.m. ET!

Missed the Prime Time pre-show? Check it out here:

Known best as the queen of Viral and Toxin damage, Saryn has comfortably sat in her role as a damage caster and nucleus for infectious spread latching and leeching onto those who cross her path. When approaching her rework, we wanted to maintain this status while also increasing the level of fun and variety of play.

Back in late 2015, we launched the first “Saryn Revisited” in Update 17.10, where she received an ability overhaul focused primarily on ability synergy. Off the heels of a bulk of Warframe changes released earlier this year, we felt it was time we address Saryn’s current state.

The following bullet points are cornerstones to her 2.0 form, and list what we intend to tackle from over 2 years worth of observations since her first revision:

Tackling Perplexing Synergies – Perplexing indeed. We feel Saryn’s synergy as it stands follows a more forced than natural flow. We often found players confused as to why some things worked as they did, which lead to a guessing game of “bug or feature”.

A new player having just acquired Saryn might not be fully aware of Spores’ interaction between Molt, Toxic Lash, and Miasma… and as an added layer, the interactions of those abilities with one another. Essentially, with Saryn you are given all the ingredients to mix up a cocktail, without really knowing if the ingredients are meant to mix in the first place.

In 2.0, we aim to take the guessing out of the “what does what with what to make X happen?” and ultimately make her more sensible and intuitive to play.

Tackling Underused Abilities – There is definitely something very satisfying about seeing damage numbers confetti off in the distance, as your Spores chew through enemies or chunk through health with Miasma. But what of Toxic Lash and Molt? We read your feedback and agree that they don’t meet the standards of her other abilities. A Melee-only ability on a non-Melee focused Warframe felt misplaced, and a decoy that doesn’t scale simply can’t hold up against high-level enemies.

So we took a closer look to see how they could play a bigger part overall. What came of this is Toxic Lash working on ALL weapons, with an added bonus for Melee. While Molt saw improved scaling and an added speed escape bonus on cast. Full details on the changes are listed in the “Ability Changes” section!

Tackling the “Spores Turret” – Shedding Molt and decorating it with Spores is fairly commonplace Saryn gameplay. We’ve noticed that this quick 1 – 2 step tends to result in a “set it and forget it” way of playing. We want players to feel more involved in Saryn’s poisonous grip over the enemy, while giving Spores and Molt more utility on their own.

The first step was removing the synergy to cast Spores on Molt. Distancing the two abilities gave us the start we needed to give them their very own unique and self-sufficient design. Now they perform independently of one another, giving Saryn more options in combat.  Details are listed below!

Now for the nitty gritty! The following details Saryn’s abilities in their 2.0 revisited form.

Spores now have Infinite Duration and Escalating Damage! What exactly does that mean? Essentially, Spore duration is determined by the enemies affected. As long as enemies are dying to Spores, they will spread.  As an added bonus, the longer your Spores deal damage, the more your damage output will grow.

*Developer note: We really want to emphasize that this is experimental. With Spores we’re trying a couple new things that we’ve never done before, so we’ve entered new territory that is both exciting and a little scary: Infinite Duration and Infinite Escalating Damage. Both of these have had interesting and fun results under normal test play and conditions, but we are still testing and looking for edge situations that might require us to go back to the drawing board.

Molt has classically been a great tool of deception and distraction, especially when in a bind and in need a quick escape to reposition. We wanted to retain this utility but improve on it so that it offered more reliable and robust cover options.

You’ve told us that having Toxic Lash limited to Melee was too restrictive and was simply not compatible with a broader variety of playstyles. So we’re sharing its Toxin with the lot of your Arsenal! Toxic Lash’s Toxin damage buff in Saryn’s revisit is now granted to ANY weapon in your Loadout (Primary, Secondary, and Melee). In maintaining its roots, the damage buff on Melee weapons is doubled.

We’ve taken what’s great about Miasma, and made it even better in the scope of Saryn’s 2.0 changes!

As an added bonus, Saryn is also coming with a whole new set of sounds! This is what Jeff Hartling, Sound Designer, had to say about the changes to Saryn’s audio:

“We are giving Saryn a “voice” when she casts (voiced by [DE]Danielle), which will add character and make her feel more connected to the abilities as you cast them. We really amped up the “poison” aspect of her sounds so that she feels more deadly in combat. In addition, we’ve remastered all of her sounds to have increased clarity and focus.”

You can expect Saryn Revisted 2.0 to launch on PC in a near future update!

PS. We’re still looking at the rest of your Arsenal!